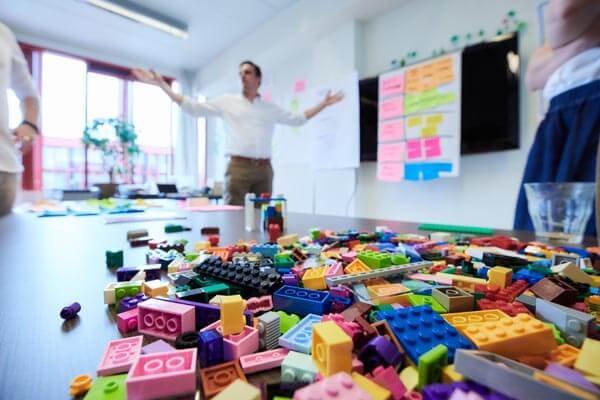 Goal of the game

The idea of LEGO Scrum City is to learn the Agile Mindset and the Scrum ceremonies and its roles. The game is best for completing a Scrum training, but you can also run it as an independent workshop.

To play the game, divide the participants into teams of 4 to 8 people. All teams have the same goal: We build a city together as quickly as possible and best within specifications and budget.

The game is very advanced and requires some preparation time (approx. 3-5 hours).

Specifically, the game focuses on the Scrum roles and ceremonies as follows:

Objectives of the game